Narthex is a modular minimal personalized dictionary generator for Unix and Unix-like operating systems written in C and licensed under the GNU GPL v3+. It includes a wizard program (nwiz) that asks for the information, which is outputted to a file of which the contents are later enhanced and built upon by the Narthex tools. This dictionary can be later used to crack a password for either password recovery or security assessment.

Additionally, Narthex tools are so tiny (less than 200 SLOC) making them great for someone to study C with.

Etymology of the name

The name Narthex is the Greek word (Νάρθηξ, νάρθηκας) for the Giant Fennel plant, which grows in the Mediterranean region. It also refers to an architecture commonly used in early Christian Byzantine churhces, among other things. I chose it after reading a folkish herbs text.

You can install Narthex by executing the following commands:

You can uninstall it by executing in the same directory as the Makefile:

For a user-friendly environment just run the wizard and you should be good to go:

If you want to dive deeper into using the tools, just read the manpages and experiment with the tools on small wordlists. 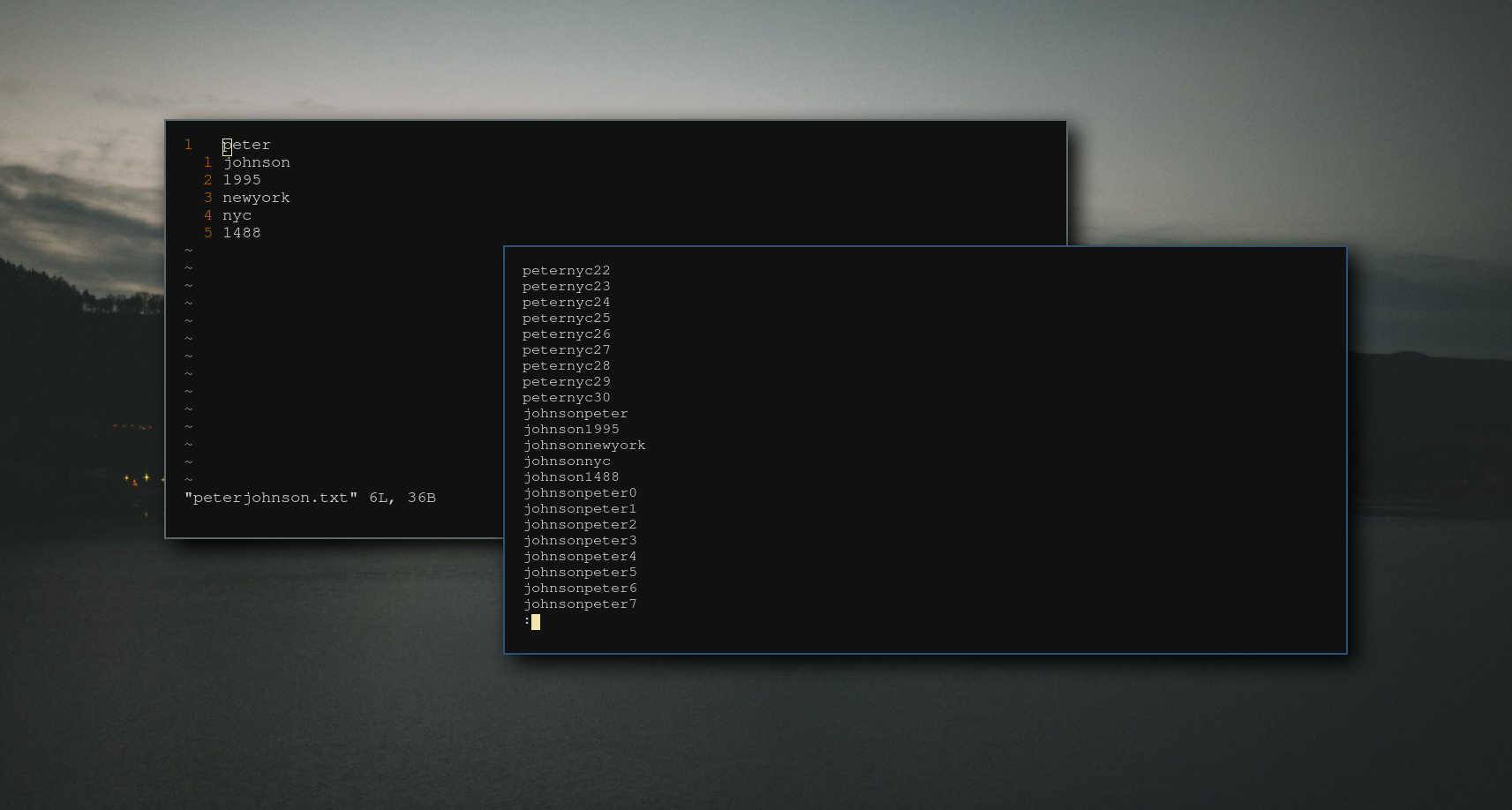 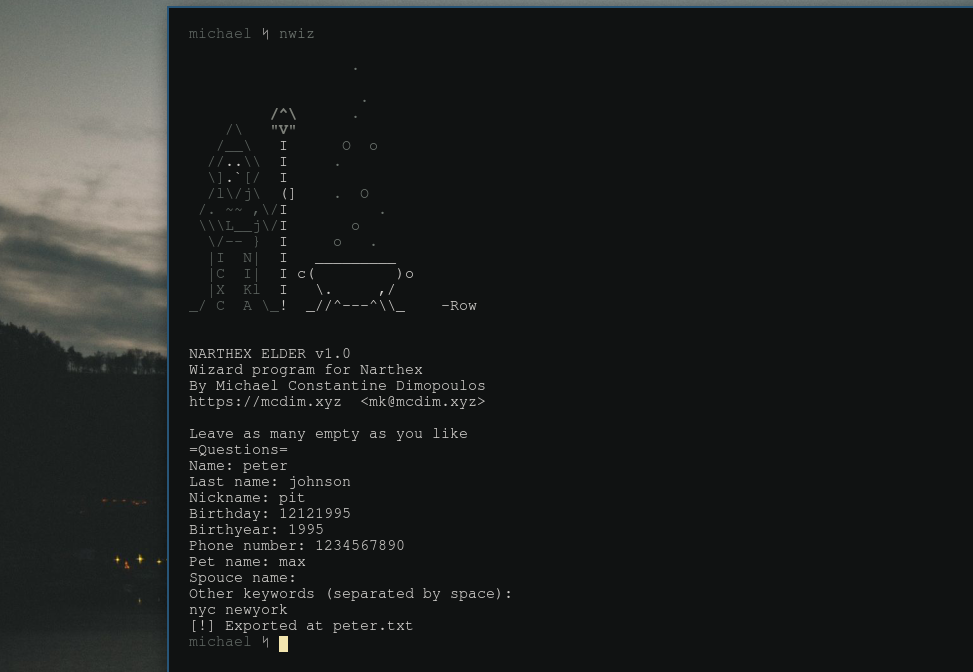